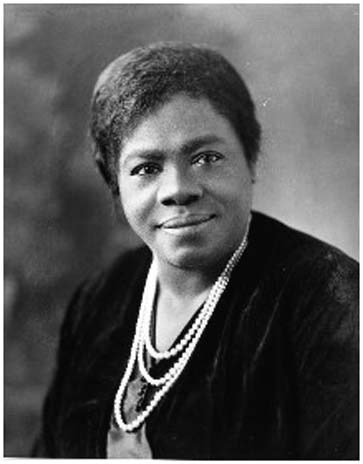 The center was named for Mary McLeod Bethune, who was born in South Carolina to former slaves a decade after the end of the Civil War. Mrs. Bethune devoted her life to ensuring the right to education and freedom from discrimination for black Americans. During her lifetime, Mrs. Bethune obtained a formal education and became a teacher and in 1904 opened a school for black children. She later opened a high school and a hospital for blacks, and in 1923 oversaw her schools’ merger with Cookman Institute, forming the Bethune-Cookman College. Mrs. Bethune encouraged people to “Invest in the human soul. Who knows, it might be a diamond in the rough.” Bethune Nursery School has adopted those words as its own motto. Mrs. Bethune died in 1955, leaving a legacy of interracial cooperation and increased educational opportunities for blacks. The Bethune “family” takes this legacy to heart as it relates to the children whose lives we touch every day. 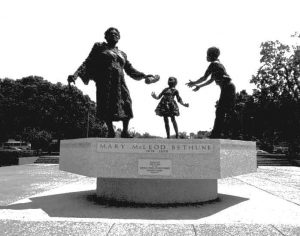 Bethune Nursery School (“Bethune”, the “Nursery School” or the “School”) was the first child care center in Lynchburg. In February, 1936 the Work Progress Administration (“WPA”) opened Bethune Center (the “Center”), a project for African-Americans at 1500 Floyd Street. The first goal of the center was to give jobs to those who would work at the school. Secondly, families could work as a result of having inexpensive child care, and finally, recreation activities were provided for African-American youth. A Family Life Education Group was organized by volunteers for mothers of the children who gave lectures and demonstrations on topics such as nutrition, child care, first aid, and sewing.

“In May 1943, Mrs. Shwel and Mrs. Noel pooled the funds appropriated by the Community Chest

In February, 1943, local WPA officials refused certain children admission to the Center because of unpaid fees. Mrs. Noel and Mrs. Charles Baber approached Mr. Charles Bowen, then head of The Community Chest for help. These women were purchasing food with donated funds from The Community Chest, and felt it was not fair to bar charity cases from the schools when the food itself was donated. In March, 1943, the WPA officially withdrew from the project.

In the spring of 1941, realizing that the WPA was gradually withdrawing its support, the Committee met and worked out a budget to operate four nursery schools: Bethune and Dorothy Davis for African American children and Point of Honor and Dearington for white children. The Committee presented a budget to the Community Chest to become a recipient of donated funds, and were granted $1,344.20 for Bethune. Mrs. Noel became the first chairman of the Bethune Center Committee while Mrs. Schewel assumed a similar position for the Dorothy Davis Center.

In May, 1943, Mrs. Schewel and Mrs. Noel pooled the funds appropriated by the Community Chest for the Bethune and Dorothy Davis schools and opened Bethune Nursery Center. The Committee approached local businesses for support, by arguing that “the employees, assured of the safety and welfare of their children, as they could be if the children were in a nursery school, would perform their work more efficiently and thus increase the employer’s output and his profit.” The Center received minimal support, but forged ahead with Mrs. Noel and Mrs. Schewel opening Bethune Center on what remained of the Community Chest funds

attributed to the efforts of the black and white women of Lynchburg working together.” 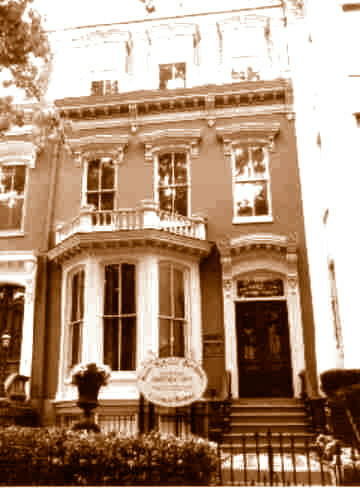 Bethune’s success during the Depression years and later during World War II can be largely attributed to the efforts of both black and white women in Lynchburg, working side by side. These dedicated women saw the need, even in those early days for quality care for children of all races. Bethune became incorporated in July, 1947.

In September, 1953 Bethune Nursery School relocated to the former South Lynchburg Public School Building at 2249 Halifax Street. The building was initially shared with The Lynchburg Recreation Department, but in 1976 Bethune became the sole occupant.

In 1996, a severe storm swept through Lynchburg, causing a vast amount of damage to the building. The program was relocated to a local church for nine months while repairs were being made. Shortly after returning to the building, the furnace failed and had to be replaced. The program moved again to Virginia Seminary around the corner from the center for 2 months while the furnace was being replaced. In the face of these and other obstacles, the Center has grown, and continues to meet the needs of children in Lynchburg and surrounding counties